Having just chopped ten thousand words out of the manuscript of my latest book I sit here wondering how many other authors have been through similar experiences.
To say that the character I removed from the plot was disruptive is in a way disingenuous, as the lady concerned was beautiful, intelligent and sincere in her affections. Considering that my hero has been through three unpleasant adventures, without the joys of feminine companionship and affection, I felt it about time I balanced the books as it were. The idea started off well in that I chose to re-introduce a character from a previous novel, who Vaughan had shared some of his dangerous moments with. One would think that such a character who understands the life he 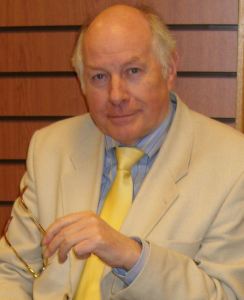 A pause for thought

lives would be an ideal companion, but that turned out to be totally wrong.
In chapter seven I found myself struggling to justify their coexistence and finally realised that her remaining in the book was slowing things down and seriously disrupting my plot.
To make sure that I was making the right decision, I went back to the very beginning, and started to read my manuscript through very carefully. In analysing her role I discovered that she not only failed to fulfilling her function, as drama relief for my hero, but equally important failed in furthering the plot itself; both functions that I felt I had achieved well with Amelia de Lima in ‘Shadows in Sunshine’.
What I found was a romance almost separate from the main story, detracting from a drama and acting like sea anchor slowing the whole thing down. Sadly she had to go, and Ian Vaughan continue his lonely existence, possibly. Like all disruptions, their disappearance leaves a void, a vacuum that must be filled, and that is now my task, thankful that I discovered my error before the vacuum became too large to fill. 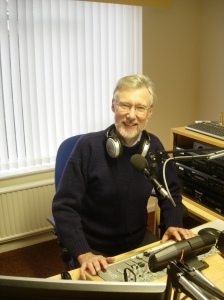 This morning I enjoyed a special event, that of being interviewed by Moorland Radio’s Mervyn Gamage on the Breakfast Show. To my delight I discovered that Mervyn was a great fan of the Vaughan Thrillers after having read ‘A Cast of Hawks’ during a holiday in Madeira. Hooked, he has followed my books and the Ian Vaughan story from that day to this.

As a regular visitor to Madeira it was fortuitous that his last visit coincided with his reading of ‘Shadows in Sunshine’ that is actually set in Madeira and a scene from which takes place in a similar hotel suite to his. It was in a way nice to learn that the scene was good enough to have him searching on the carpet for blood stains.

It was great being on the show of such a popular local radio station. For readers of this page who live in the Staffordshire area but who have not yet found Moorland Radio, tune in on 103.7 FM to keep in touch with local news and events. The Breakfast Show presented by Tony Mullins and Mervyn Gamage goes out every Saturday between 7am and 10 am. Enjoy, I know I do.

As of the 14th October, Kindle readers will be able to download copies of ‘Shadows in Sunshine’.

This ‘stand alone’ Ian Vaughan thriller has had some great reader reviews so far, so I hope those downloading the Kindle version will find equal enjoyment in reading it.

Ian Vaughan. Family man… once. Now recruited to the SIS and fresh out of training, his first field op looks to be almost a breeze. His assignment sounds highly achievable – a mission to befriend a charismatic Tunisian politician, who, in the wake of the failed ‘Arab Spring’ has conceived a unification plan for the North African oil and gas producing nations. Western governments welcome the plan, but other forces are at work… 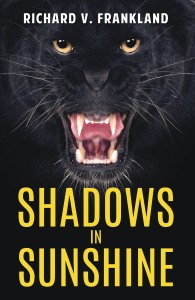 A conference to present the plan is to be held on the beautiful island of Madeira, and Vaughan, using the cover of a maritime author, is dispatched to the island, assisted by the Royal Navy. En route Vaughan rescues a boy adrift on a sailboard and comes in contact with his widowed mother who is host to her Brazilian uncle, unaware that his ambitions could destroy the entire European economy.
Greed and death lay in the shadows, as Vaughan finds himself embroiled in conspiracy and danger, challenging both his judgement and his courage.